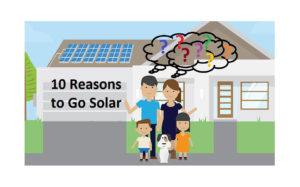 Solar energy helps you save money on electricity bills and protects against price rises imposed by the big utility companies. Since the turn of the century, the average energy bill has doubled and since Jan 1987 it has in fact trebled. The sources for the figures used is ‘The Office For National Statistics.’

About the Office for National Statistics (ONS)
The Office for National Statistics (ONS) is the UK’s largest independent producer of official statistics and is the recognised national statistical institute for the UK. It is responsible for collecting and publishing statistics related to the economy, population and society at national, regional and local levels. It also conducts the census in England and Wales every ten years. ONS plays a leading role in national and international good practice in the production of official statistics.

It is the Executive office of the UK Statistics Authority and although they are separate, they are still closely related. We use the ONS; they are totally impartial
and give us the best opportunity to get our forecasts and predictions about what we think the likelihood of key revenue drivers, like inflation and the unit cost
of electricity will be based on the evidence of the past.

Solar is infectious. The number of solar panels installed in the UK keeps going up, there are now more than a million homes enjoying the benefits. And they’re not just going up on homes and offices – they’re on churches, train stations, tower blocks, farms and even bridges!

A solar installation will give you years and years of trouble free service. Some of our products have lifetime warranties and require little or no maintenance.

As well as reducing your electricity bills, you can also generate some income from the government through a scheme known as the feed in tariff (FIT). This includes a generation tariff for the electricity you generate, and an export tariff for any extra electricity you don’t use, which is sold back to the grid. Please talk to us and we can explain this to you in full.

Cut your carbon footprint. Solar electricity is green renewable energy and doesn’t release any harmful carbon dioxide or other pollutants. A typical home solar PV system could save over a tonne and a half of carbon dioxide per year – that’s more than 30 tonnes over its lifetime.

Power cuts in coming winters are always a possibility, as Britain’s ageing energy system struggles to cope with rising demand. By adding your own rooftop energy production, you are helping to keep the lights on in your own home and across the country.

You can charge your batteries on an evening using low cost Economy 7 electricity and reduce your electricity costs maxing out your savings!

It doesn’t matter whether you live on the sunny Côte de Sussex or in rainy Cardiff (officially the rainiest city in the UK last year). If your roof has direct access to daylight, you can make electricity – solar PV panels work even better in cooler temperatures.