Electricity could be delivered to more than a billion people currently living without it within a decade by linking up small-scale projects into a giant, environmentally-friendly network.

According to a new global commission, advances in micro energy grids and renewable energy technologies could “dramatically accelerate change” and transform lives in rural areas of sub-Saharan African and south Asia.

The Global Commission to End Energy Poverty met for the first time this week to set out plans to accelerate the UN’s sustainable development goal to ensure access to affordable, reliable and sustainable energy for all people by 2030.

The commission, established by the Massachusetts Institute of Technology Energy Initiative and the Rockefeller Foundation, plans to bring together leading investors, utilities and policymakers to tackle energy poverty.

Under the initiative, the distributed networks would help connect homes, businesses and schools to small-scale solar power projects to deliver cheap, sustainable electricity that can help power local economic growth.

Dr Rajiv Shah, president of the Rockefeller Foundation and formerly of the US agency for international development, said “a whole new way of thinking” about energy distribution was required.

“For 140 years we’ve had this mindset that energy access means building big power plants and connecting them to grids, and that’s how you provide electricity.

“Today, new technology frontiers, business models, and our knowledge of alternatives is so strong that this commission will be able to set out a new roadmap to end the energy access problem for 1 billion people across the globe.”

The commission also plans to help set up new regulation in developing countries to accelerate the rollout of new energy systems, and make the projects more attractive to international investors.

“If I want to start a small solar-powered mini-grid programme in a rural part of an under-served country, I could be prevented from actually providing power without permission from the state-owned utility which might own that business opportunity,” Shah explained.

“That’s one of many policy roadblocks that is preventing distributed solutions from really being easy to invest in.”

Shah will co-chair the commission alongside Dr Ernest Moniz, a former US energy secretary,and Dr Akinwumi Adesina, the president of the African Development Bank.

Moniz warned that existing plans to end global energy poverty by 2030 are “not fast enough” and should be more ambitious.

“Twenty years ago, energy access might have been defined by having a 20-watt lightbulb. One doesn’t want to denigrate that – the shift from having no light to some light is major – but our ambition is more than that. We want energy access that allows for credible family, community and regional economic development. Frankly, we’d like it to allow for entrepreneurial activity too,” he said.

Moniz said that by relying on renewable energy, particularly solar power alongside batteries, developing nations should be able to attract investment in clean energy and rule out the need for future investments in coal-fired power plants. Adopting such methods could also halt the wood-burning that has led to mass deforestation in some countries, he said. 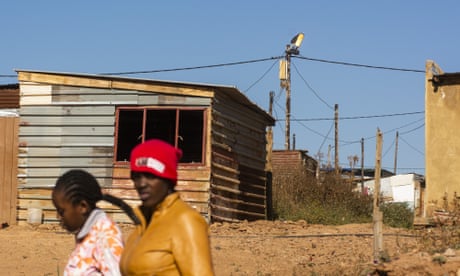 Lights out: the price hikes leaving millions of South Africans in the dark

“Speaking personally, there is a lot of concern about a new round of investments in coal funded by Chinese development banks. There could be a lock-in of emissions for the future. We would rather see distributed [energy grid] architecture, including renewables, and potentially with a role for gas,” he said.

Shah added that economic development and the empowerment of women offered the best chance for a low-emissions future.

“If you’re a woman in rural Bihar and you’re able to all of a sudden access electricity, get a sewing machine, create an income, provide light for your daughter to study at night, it’s just transformational,” said Shah.

“We’ve seen the same thing in India and Myanmar and throughout Africa. This commission embarks upon this task with a huge amount of optimism and a real understanding of how important it is in the lives of so many people around the world.”