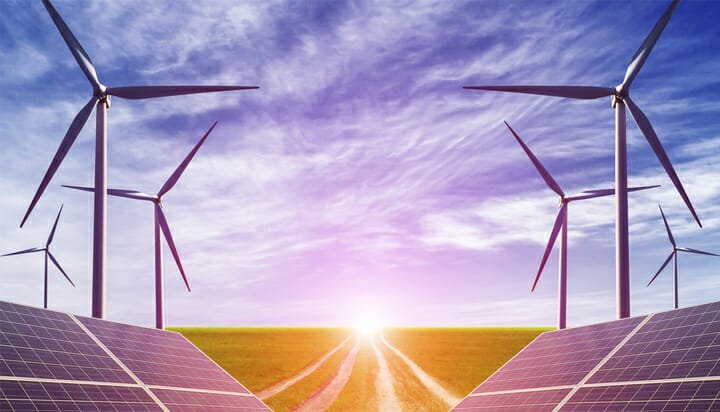 Back to news index
← Previous Next →
Global wind and solar generation smash new record, doubling since 2013

Europe generated almost 18% of its electricity by wind and solar last year, while China, India and the US were all above the global average of 8%, according to a new report

Global wind and solar generation have smashed a new record in 2019.

That’s according to a new analysis by think tank Ember, which suggests wind and solar energygenerated 8.2% of global electricity last year, more than double of the 3.4% renewable share of 2013.

Findings of the report also show Europe has generated almost 18% of its electricity by wind and solar last year, while China, India and the US were all above the global average of 8%.

Denmark topped the list with the largest renewable generation – more than half of its electricity came from wind and solar, followed by Ireland with 30%, Germany 29% and Portugal 27%.

Dave Jones, Ember’s Senior Analyst, said: “We stand at a critical juncture. As government around the world design their Covid-19 stimulus packages, Europe is demonstrating how to thrive on electricity grids powered by a majority of wind and solar, these technologies are the future.

“As importantly, countries need to make sure no new money goes into either coal or gas-fired generation to speed up the transition from coal to clean electricity.”