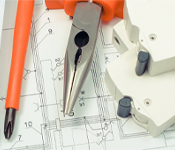 Back to news index
← Previous Next →
N & P-Type Solar Cells

The typical solar panel is composed of individual solar cells, each of which is made from layers of silicon, boron and phosphorus.

Each cell is treated with (doped) with chemicals to increase power production which in turn makes it either a p-type – positively charged, or n-type – negatively charged cell.

The p-type solar cell has been the most common on the market for the last four decades which is mainly due to space application as this type is more resistant to cosmic rays. Naturally p-type technology trickled down to the residential solar market due to benefits of economies of scale. However, more manufacturers are adopting n-type structures because they’re more efficient and not affected by LID.

P-Type (boron-doped)
A p-type cell has a positive base that attracts the negatively charged electrons to it. It is usually doped with boron, which has one less electron than silicon (making the cell positively charged).

N-Type (phosphorus-doped)
An n-type cell has a negative base, the electrons travel from the negative bottom to the positive top. It’s doped with phosphorus, which has one more electron than silicon (making the cell negatively charged).