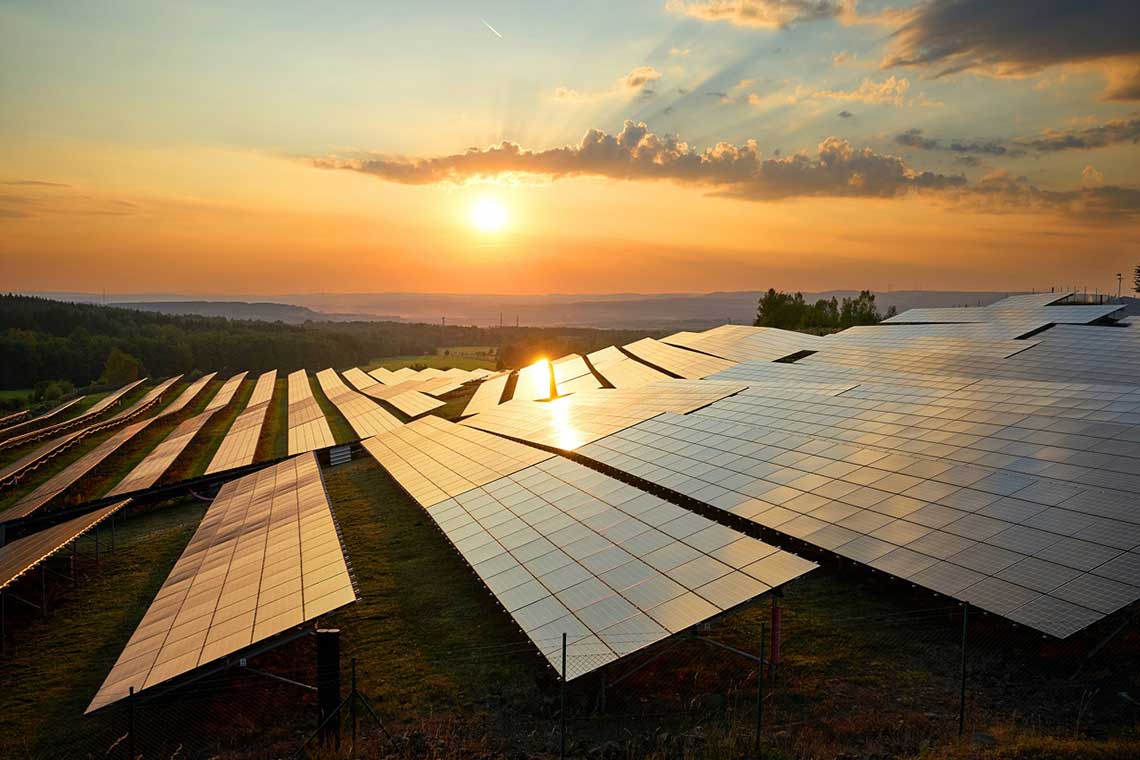 National Grid ESO’s projections for solar have increased as it expects there to be “significantly higher levels of solar generation” than it predicted in its 2019 Future Energy Scenarios (FES).

This is according to its 2020 version of the document, which outlines four scenarios for the future of the energy system each year. Three new scenarios have been modelled this year, each one able to meet net zero.

Of these three new scenarios, two – Consumer Transformation and System Transformation – hit net zero by 2050 and the other – Leading the Way – achieves it in 2048. The only remaining scenario from 2019 – Steady Progression – still emits 258 MtCO2e in 2050, equivalent to a 68% reduction compared to 1990 levels.

Due to including full scenarios that reach net zero, the ESO’s projections see “significantly higher levels of solar generation” post-2035 than in FES 2019 as a net zero world leads to greater demand for renewables.

Solar capacity projections have increased significantly since 2019’s scenarios, supported by growth in flexible electricity demand for electrolysis, the ESO said. It outlined how at least 3GW of wind and 1.4GW of solar will need to be built every year from now until 2050, however it is expecting continued slow growth in the short term. Image: Solar capacity to 2050 across all the scenarios. Image: National Grid ESO.

A combination of cost reductions, the renewed eligibility of solar PV for CfD support and co-location with storage should boost solar growth in the late 2020s, it added. “Significant” investment will need to be made in low carbon electricity generation, the ESO continued, but stressed that net zero is possible.

It’s a similar case for storage. Whilst growth of storage over the last year has slowed, there is still “a strong pipeline of new projects” with 164MW of new storage capacity – the majority of which is battery storage – connected to the distribution network this year.

The ESO pointed to how electricity storage is often co-located with wind or solar generation, which then supports the business case with a range of revenue streams, including price arbitrage, the balancing market and providing services to the grid.

Electricity storage increases in all the scenarios as costs fall and renewable generation increases. To support this, larger, longer duration storage will be needed to support decarbonisation in the net zero scenarios.

However, in the System Transformation scenario, there is less electricity storage than the other net zero scenarios, particularly for long durations. This is due to high use of hydrogen in that scenario as a flexible energy source.

Mark Herring, head of strategy at National Grid ESO​, said:  “While COVID-19 came too late to be factored into this year’s analysis many of the areas highlighted will be crucial in a green recovery from the pandemic, particularly improving energy efficiency across all sectors and significant investment in low carbon electricity generation.”