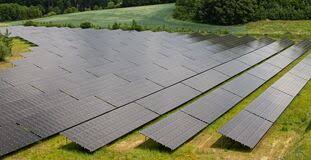 The International Energy Agency (IEA) has described solar as the “new king” of the power sector as the technology is set to smash deployment records.

In the latest iteration of its World Energy Outlook, the IEA outlined how annual additions of solar have the potential to almost triple from today’s levels by 2030, setting new deployment records each year after 2022.

The IEA pointed to the significant drop in costs over the past decade for the technology, with Dr Fatih Birol, IEA executive director, stating: “If governments and investors step up their clean energy efforts in line with our Sustainable Development Scenario, the growth of both solar and wind would be even more spectacular – and hugely encouraging for overcoming the world’s climate challenge.”

The Sustainable Development Scenario (SDS) is one of four created by the IEA looking into different rates of recovery from COVID-19 and pathways the energy sector may take over the coming years, with a particular focus on the next decade.

However, whilst the growth in solar is most prominent in the SDS and Net Zero Emissions by 2050 scenarios – the two most ambitious – it is also seen in the Stated Policies Scenario (STEPS), where solar sees an annual generation output of 4,813TWh in 2040. This is higher than the annual output of 4,019TWh for offshore and onshore wind combined. Solar also beats out the technology in the SDS scenario with an expected generation output of 8,135TWh per year.

Storage is also to play an “increasingly vital role” in ensuring the flexible operation of power systems, the IEA said, with India becoming the largest market for utility-scale battery storage.

However, there are challenges in place to facilitating these levels of renewable generation. The IEA warned that electricity grids could become the “weak link” in the power sector, with many countries seeing a disparity between the revenues available to grid operators and the spending needed to create the smart, digital and flexible networks that will enable a net zero system.

There will be a significant need for new transmission and distribution lines in the next ten years, with an expansion 80% more than that seen over the previous decade in the STEPS scenario.

Global demand forecasts have also dropped, with energy demand projected to grow by 12% between 2019 and 2030 before COVID-19. Growth over this period is now 9% in the STEPS, and only 4% in the Delayed Recovery Scenario (DRS).