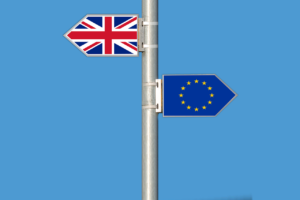 The United Kingdom’s rough divorce from the European Union could provide a boost for solar energy, with the renewable sector capitalising on turbulent times for gas and oil.

The UK currently imports most of its traditional energy from within the EU, but with no EU-UK energy transfer deals in place, predicted post-Brexit energy shortages and price rises on the way, trade association Energy UK believes solar will step in and fill the void.

No agreement on the UK’s departure from the UK “will have significant and negative consequences for the energy industry and could impact customers’ bills,” said Lawrence Slade, Energy UK’s chief executive.

The positivity comes despite an initial Brexit-related 56% drop in investment in UK renewables, relating to concerns about the cost of exporting energy and importing equipment.

Solar Should Fill The Void

Andrius Terskovas, from Sun Investment Group (SIG), one of the largest solar providers in Central-Eastern Europe, which has previously exported equipment to the UK, is positive.

“The void created by the lack of a secure energy transfer between the UK and the continent could potentially be filled by solar energy providers given their drop in prices and increasing popularity,” he said.

With the outcome of the ongoing Brexit negotiations still uncertain, it’s predicted that whatever the scenario, be it no-deal or a withdrawal agreement is met, solar could — and should — capitalise.

Secure Rates For Your Business Before They Become Too Volatile

Energy switching service, Make it Cheaper, has urged consumers and businesses to find better energy deals while the UK’s future relationship with the EU is still being thrashed out in London and Brussels.

John Elliott, Make it Cheaper CEO, said: “Energy UK’s report highlights some of the causes of these likely rises and only goes to strengthen the case for switching soon for longer fixed term tariffs, securing rates for your business before they become too volatile.”

2018 was a record year for energy switching with one in five consumers in the UK switching to a new energy supplier, according to another release by Energy UK.

People Are Mobilising In Demand For Climate Action

On Monday 15th April 2018, thousands of environmental activists marched in London over climate change in what’s been called a ‘climate rebellion’, aiming to force the government to take action against climate change.

Organisers, Extinct Rebellion, want governments to “take decisive action on the climate and ecological emergency,” with a strategic move towards halting biodiversity loss and reducing greenhouse gas emissions at the centre of the group’s demands.