India is trying to bring electricity to hundreds of millions of its citizens who live off the grid. And it’s trying to ensure that the power comes from clean and renewable sources.

Frontier Markets is helping to achieve both those goals in the Western desert state of Rajasthan, selling solar-powered products to hundreds of villages. The company is thriving by turning its customers into salespeople.
The company employs women to sell products like lamps, stoves, and even TVs that run on solar power through a program called Solar Sahelis (Solar Friends). Each woman is in charge of selling products to hundreds of rural households.
“We learned that while the customer — the person paying for the product — was a man, the person using the product was a woman,” Frontier Markets CEO Ajaita Shah said in an interview with CNN Business. “In fact, 70% of our users were women and that is when we realized that in order to properly serve the right households needs, women had to be at the center of that value chain,” she added.
Content by BP
The challenges of rising demand for energy
How do we reduce emissions while meeting the needs of a world with growing energy demands? 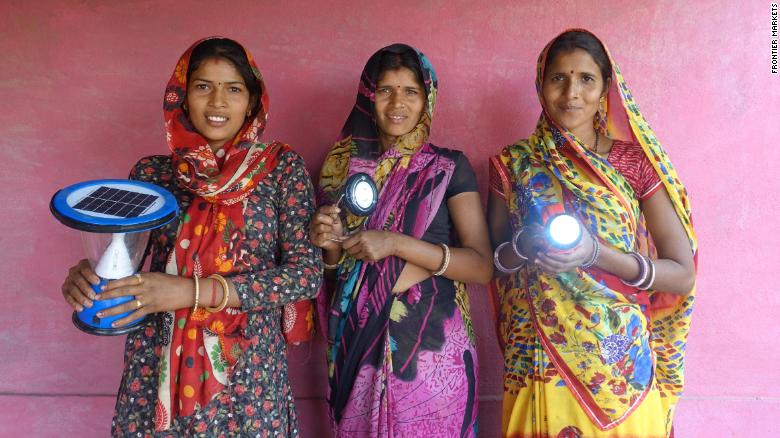 Frontier Markets now has around 3,000 women employed as “Solar Sahelis.”
Shah founded Frontier Markets in 2011, with the goal of providing clean energy to millions of rural Indians while also giving women a source of employment and income. The goals encapsulate some of India’s most urgent issues.
The government of Prime Minister Narendra Modi has made rural electrification a big priority, announcing last year that 100% of the country’s villages now have access to power. But the government considers a village electrified if just 10% of its houses are on the grid, meaning over 200 million people still don’t have access to electricity.
The Modi government has also set aggressive targets to increase solar energy capacity, and it has succeeded in going from less than four gigawatts in 2015 to nearly 30 gigawatts — about 8% of India’s total energy capability. The government wants to increase that to 100 gigawatts by 2022.
The 3,000 women that Shah employs have helped to provide energy to more than half a million village houses in Rajasthan, she said. The women communicate the benefits of clean energy to rural households, but also help Frontier Markets understand the kind of innovations that those households need most, she added.
Another pressing need that Frontier Markets is helping to solve is getting more women into work. Only 22% of India’s workforce is female, according to the latest data from the World Bank, one of the lowest rates in the world. India lags behind countries such as Sudan, El Salvador and Afghanistan.
“As India starts growing and moving and changing and evolving, especially with the digital revolution, women are still being left behind,” Shah said. “It’s really important for us to continuously invest in our women’s skills and their education to be able to catch up.” 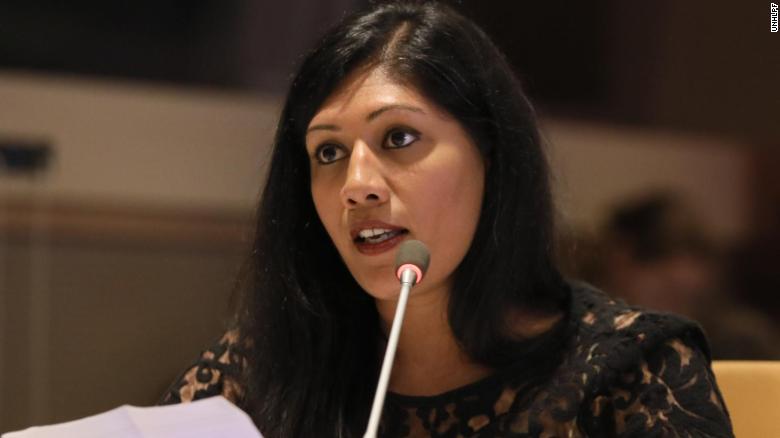 Ajaita Shah founded Frontier Markets in 2011.
The business model appears to be working. Frontier Markets’ annual revenue has gone from around $300,000 in 2015 to nearly $2.7 million this year, and the company has partnered with big global names like Philips and Unilever (UL).
“We are very proud of how we’ve been able to succeed with Frontier Markets,” Shah said. “It’s a part of my mission to make sure we understand that investing in women is not just an impact story but smart business and the key to end poverty.”
← Previous Post Next Post →