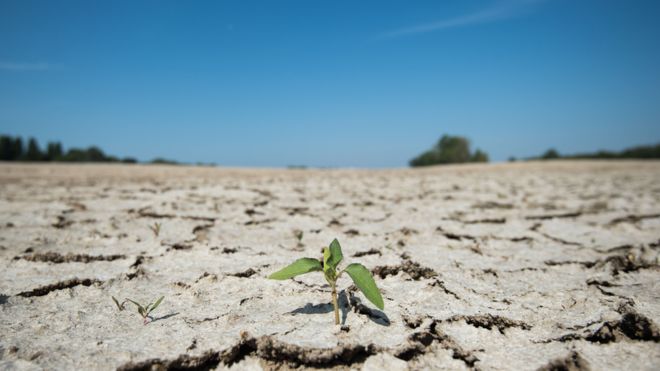 Back to news index
← Previous Next →
Climate change: Last decade ‘on course’ to be warmest

Scientists say that average temperatures from 2010-2019 look set to make it the warmest decade on record.

Provisional figures released by the World Meteorological Organization (WMO) suggest this year is on course to be the second or third warmest year ever.

If those numbers hold, 2015-2019 would end up being the warmest five-year period in the record.

This “exceptional” global heat is driven by greenhouse gas emissions, the WMO says.

The organisation’s State of the Global Climate report for 2019 covers the year up to October, when the global mean temperature for the period was 1.1 degrees C above the “baseline” level in 1850.

Many parts of the world experienced unusual levels of warmth this year. South America, Europe, Africa, Asia and Oceania were warmer than the recent average, while many parts of North America were colder than usual.

Two major heat waves hit Europe in June and July this year, with a new national record of 46C set in France on 28 June.

New national records were also set in Germany, the Netherlands, Belgium, Luxembourg and the UK. In Australia, the mean summer temperature was the highest on record by almost a degree.

Wildfire activity in South America this year was the highest since 2010.

The WMO clearly links the record temperatures seen over the past decade to ongoing emissions of greenhouse gases, from human activities such as driving cars, cutting down forests and burning coal for energy.

The WMO says the warming experienced over the past decade is taking its toll on the natural world. The ice is melting at both poles and sea level rise has accelerated since the start of satellite measurements in 1993.

Much of the heat generated by greenhouse gas emissions is going into the oceans, says the WMO. The waters are more acidic as a result and marine heat waves are becoming more common.

As well as hurting nature, the increased heat is also affecting humans, with heat waves posing a particular risk to the elderly.

“On a day-to-day basis, the impacts of climate change play out through extreme and ‘abnormal’ weather. And, once again in 2019, weather and climate-related risks hit hard,” said the WMO’s secretary-general Petteri Taalas.

“Heat waves and floods which used to be ‘once in a century’ events are becoming more regular occurrences. Countries ranging from the Bahamas to Japan to Mozambique suffered the effect of devastating tropical cyclones. Wildfires swept through the Arctic and Australia,” Mr Taalas continued.

Since the 1980s, every successive decade has been warmer than the one that preceded it.

Other scientists reacted to the release of the report with concern.

“It’s shocking how much climate change in 2019 has already led to lives lost, poor health, food insecurity and displaced populations,” said Dr Joanna House, from the University of Bristol.

How years compare with the 20th Century average

“Even as a climate scientist who knows the evidence and the projections, I find this deeply upsetting. What is more shocking is how long very little has been done about this. We have the information, the solutions, what we need now is urgent action.”

The report has been released at global climate talks taking place in Madrid. Negotiators here have started two weeks of talks aimed at improving the world’s pledges to cut carbon.

Some of those attending the meeting say the WMO report would help concentrate minds on dealing with the root causes of climate change.

“Now we know that global temperatures are rising to record levels and without action we can expect more climate suffering. It’s vital we phase out fossil fuels as fast as possible,” said Dr Kat Kramer from Christian Aid.

“The good news is this is a timely wake-up call at the start of the COP25 climate summit in Madrid. Delegates have no excuse to block progress or drag their feet when the science is showing how urgently action is needed.” 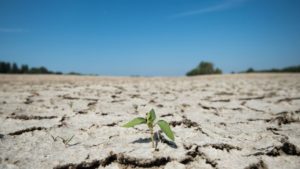