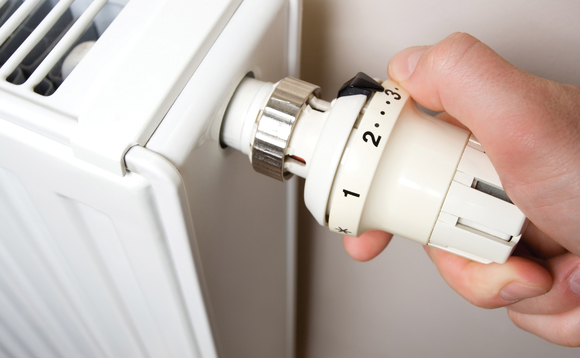 Proposals to replace RHI include Clean Heat Grants of up to £4,000 for homes and business for heat pumps and other technologies

The government has today unveiled a wide ranging package of proposals aimed at accelerating the much-needed decarbonisation of the UK’s heating systems, setting out plans to replace the Renewable Heat Incentive (RHI) scheme for homes and businesses over the coming years.

In a raft of consultations and calls for evidence on proposed changes to the policy and subsidy regime for low carbon heating systems, the government today confirmed its intention to close the non-domestic RHI scheme for new commercial applicants from April 2021 and extend the RHI for homes and businesses for another year until March 2022, as it had previously announced in last month’s Budget.

However, the government has backtracked on its original proposal to bar biomass boilers from securing support in urban areas through the scheme, despite concerns over air pollution, meaning biomass installations can continue to apply for support for the remainder of the RHI.

Both RHI support schemes have for a number of years offered financial support to encourage the installation of low carbon heat technologies such as heat pumps, biomass boilers, biomethane gas, and solar water heaters. The government had allocated £4.5bn for the domestic RHI between 2016 and 2021, while its support for the non-domestic RHI is set to rise to £1.15bn over the next year.

Crucially, the government today also offered a glimpse of its plans for replacing the RHI schemes with more ambitious green heating policies as it looks to deliver on its 2050 net zero emissions goal.

A consultation on future support for low carbon heat, which is to run until early July, sets out a range of new proposals including plans for a new Clean Heat Grant scheme that would replace the domestic RHI and “help deliver the phase out of high carbon fossil fuel heating” while also boosting “confidence in these low carbon technologies and supply chains”, the Department for Business, Energy and Industrial Strategy (BEIS) said.

Under the proposed scheme, capital grants from the Treasury would help address the barrier to adoption created by the relatively high upfront cost of heat pumps and other green heat technologies. The Clean Heat Grant scheme would begin in 2022 with funding initially committed for two years to provide support worth up to £4,000 each for each household or business deploying eligible green heating systems.

The grant would offer a flat rate across different technology types with the scheme expected to mainly focus on heat pumps, with some scope for certain biomass boilers. It would support domestic and non-domestic installations up to a capacity of 45kW, according to BEIS.

Additionally, the government is proposing to launch a new Green Gas Support Scheme aimed at increasing the proportion of biomethane injected into the gas grid from anaerobic digestion (AD) facilities.

The government said the proposals formed part of a “comprehensive package of measures to support the decarbonisation of heat”, which it described as “one of the biggest challenges we face in meeting our climate targets”.

Separately to the new proposals, the consultation reasserts the government’s intention to allocate £9bn of support over the next decade to boost energy efficiency and accelerate the shift towards low carbon heating systems.

“We believe that these proposals strike the right balance between making an appropriate contribution towards our legally-binding carbon budgets, supporting the supply chain for low carbon heating – particularly in the domestic sector – which will be crucial to enable the future phase-out of high carbon fossil fuel heating, strengthening value for money, and protecting the interests of consumers,” the consultation states.

Heating for homes, businesses and major industry is widely regarded as one of the biggest decarbonisation challenges for the UK in achieving its 2050 net zero goal, with much of the country heavily reliant on fossil fuel gas provided through the gas grid.

Jess Ralston, analyst at the Energy and Climate Intelligence Unit (ECIU), gave a cautious welcome to the package of green heating proposals unveiled today, arguing a major focus on decarbonising heating was vital if the government is going to “get net zero done”.

“Grants to help with up-front costs of installing heat pumps will offer more certainty than schemes that repaid costs over years, while re-committing to energy efficiency spending is the minimum needed to make good on promises to cut carbon from British homes,” she said.

With the coronavirus crisis plunging much of the global economy into a recession, she also argued that investment in energy efficiency and green heating offered a route to rapidly create thousands of high skilled, secure jobs right across the country, while delivering lower emissions, improved health, and an “excellent return on state investment”.

“Policies to both tackle climate change and promote clean growth are increasingly being touted as a means of re-starting the UK’s economy in the wake of the coronavirus pandemic,” she said. “It is easy to see why the government is increasingly making noise about placing sustainability and decarbonising housing at the centre of a post-crisis recovery package.”

Other industry figures had a more mixed response to the government’s latest announcements, however. Frank Gordon, head of policy at the REA, said he welcomed the clarity on the completion of projects currently underway as part of the RHI schemes, as well as the prospect of new projects and the govermment’s commitment to green gas,

“This is a step in the right direction for the sector, providing the certainty needed to increase investor confidence and deploy much needed renewable heat technology,” he said.

But he said he was disappointed on the other hand with the government’s decision to discontinue the non-domiestic RHI scheme after next year, which he warned could result in businesses being “unable to finish their projects or continue to operate at a time when the industry needs to be bolstered to achieve our legally binding net zero targets”.

“Going forward, if we are to decarbonise heat in line with the Committee on Climate Change’s recommendations, the government must ensure that all renewable heat technologies and projects have a fair route to market,” said Gordon.