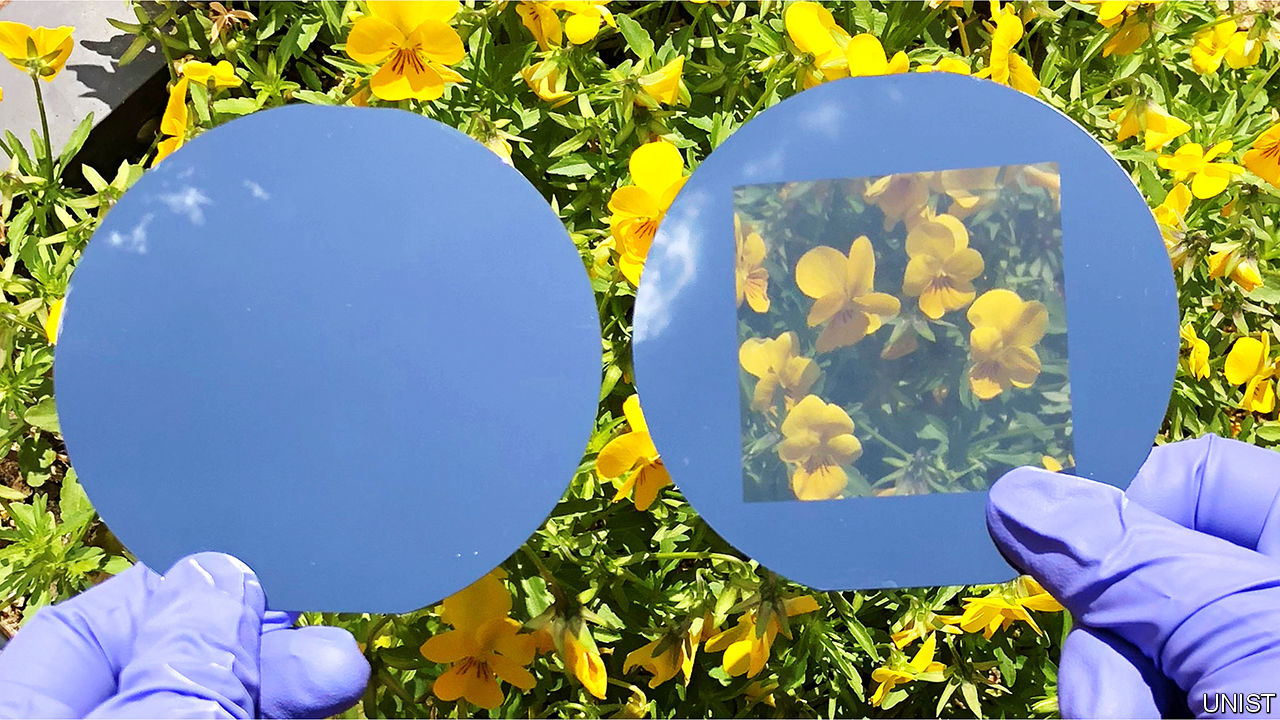 They absorb about the same amount of light as tinted windows 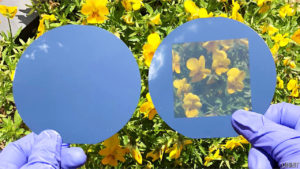 Over the past few decades, photovoltaic cells have gone from being exotic and expensive power-packs for satellites and similar high-end applications to quotidian generating equipment for grid-scale power stations. One area where they have not yet fulfilled their potential, though, is as local sources of electricity to keep office buildings and the like supplied with energy. The main reason is that no one has a good answer to the question: where do you put them? Roof-top cells can power a one- or two-storey house. They will not power an office block. You could array them on the walls. But office blocks tend to have high window-to-wall ratios and to be governed, for fire-safety reasons, by strict rules on wall cladding.

What is left is to replace the windows themselves with solar cells. Unfortunately, commercially available solar cells are opaque to the point of blackness. But Seo Kwanyong of the Ulsan National Institute of Science and Technology, in South Korea, plans to do something about that. As he and his colleagues report this week in Joule, they have created solar cells that are as transparent as tinted glass.